Engineered Awareness A UNIQUE FRAMEWORK BASED ON LOGIC, PSYCHOLOGY AND ART Great ideas come to us in flashes of insight. Bursts of creative insight are elusive when they don't happen and mysterious when they do. But light bulb moments are actually not random and with discipline can become frequent and reliable. Engineered Awareness is designed to increase the frequency and quality of insights. Now you can optimize your creative potential by learning to solve problems with insightful solutions. 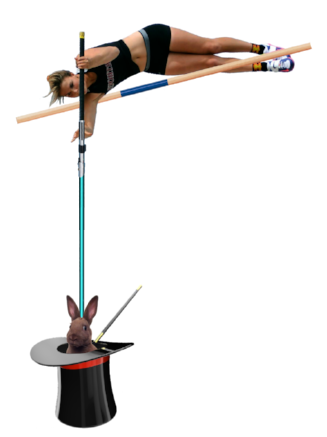 A lot of people are insecure about their ability to have profound insights.

By practicing the right techniques, epiphanies are inevitable.
Waiting to have a great idea is not a technique.
Having insights more often and of higher quality are worthwhile goals. Getting stressed and worrying about them is counterproductive.
You can't control your insightful moments directly, but you can learn to influence them. This will take you to weird and spooky places. If you try to program people like they were robots, (and yourself too) then insights will remain beyond your grasp. Moments of insight are one of the most amazing things that any creature can do, and will never be automated.
The people who think epiphanies aren't special, are the ones least likely to have them.

Once upon a time a family was hiking in the mountains. There was a Dad named Dan, a Mom named Nancy, their first born Suzy and little boy Bobby. Just the right number and type! They all had clean faces and innocent smiles. They wore clean clothes and when they smiled there was a bright flash of light as the sun glinted off their perfect teeth.

Nancy and Dan were firm believers in science and they taught the kids geography. They knew about erosion, soil deposition, rock building and plate tectonics. And that’s how they liked it. Straight forward and sensible physics to explain the world, unencumbered by hubris, half-truths and self-deception. Everything smelled so good!

As the trail curved around the mountain they were presented with a broad new vista. A valley below ran parallel to their path. On the other side was a chain of mountains like the one they were on. Up ahead another valley joined at 90 degrees to this one, stretching far off into the distance, bordered by tall mountains on both sides.

Dan and Nancy got excited and told the kids that once they hiked a little further, they would have a spectacular view down the long valley.

“Somewhere around that ridge over there.” said Dan. "It will be a big reward for all the hiking we’ve done!" said Nancy. “Oh Goody!” said Suzy, and “Jeepers!” said Bobby.

They redoubled their efforts and made good time. The spot with the big view drew nearer. They climbed a small rise excited to see the other side.

There they beheld a most curious sight. A lone and massive tree clung to the rock, as much twisted root as sprawling trunk. It was almost dead, it’s once prodigious bulk now dried out and silver under the mountain sun. But a few new branches down low still bore green leaves. It’s history of thriving and dying back could be read by the practiced eye. On the rocks below the old giant, it cast enough shadow to foster a thriving community of other small trees, some had grown gnarly and twisted, while others were straight and true.

They paused to cool down in the shade and sip from their canteens.

"So this is the Inner Valley" said Nancy looking at her map. "And that over there is the Outer Valley. One more ridge to go, and we will have an amazing view." Now refreshed they continued on.

But as they came around the final bend they were shocked to see a pavilion, built at the very spot of the good view. The place didn't look like a government funded facility but more of a private enterprise. If there was an entrance fee they would be severely disappointed. Is no place sacred from greed driven people? What is it even doing out here in the wilderness?

The slope was steep above and below it, so the only option was to go inside. They approached with caution, somewhat annoyed that a natural wonder free for everyone had been hijacked by the builders of this structure.

A row of dirty glass doors fronted the building, all hung askew on damaged hinges. A sign read Exit Only. Inside there was a row of money collecting turnstiles and each one had been vandalized. Some of the 3 pronged wheels spun freely while others were missing altogether. The place was dusty and there was an echo of disuse and oblivion. Mirrors on both sides were almost parallel, giving Dan and Nancy a view of hundreds of themselves fading off to infinity. The kids weren't tall enough to see it.

"Odd that turnstiles were positioned at an exit," wondered Dan, "Did people go in through the out door?" Each turnstile had a small plaque riveted onto it.

"They all have their own names!" said Suzy, "Mine says Cosmo, logical!"

"And mine says Teleological" replied Nancy.

Dan was looking at the walls, on each a symbol was prominently displayed. One was a Y shape cut out of expensive wood, like a ceremonial sling shot. And the other a graphic of a growing young seedling.

In silence they proceeded down a corridor that curved to one side. The dusty cement floor became a plush carpet kept meticulously clean. Finally they came upon a wide open area where multiple doors led into a large auditorium. Inside, a few people sat scattered among the seats.

They were met by a man with a beaming grin. "Welcome friends, I'm Brother Salmi. How may we help you today? Are you picking up or dropping off?" He turned to grin at the kids.